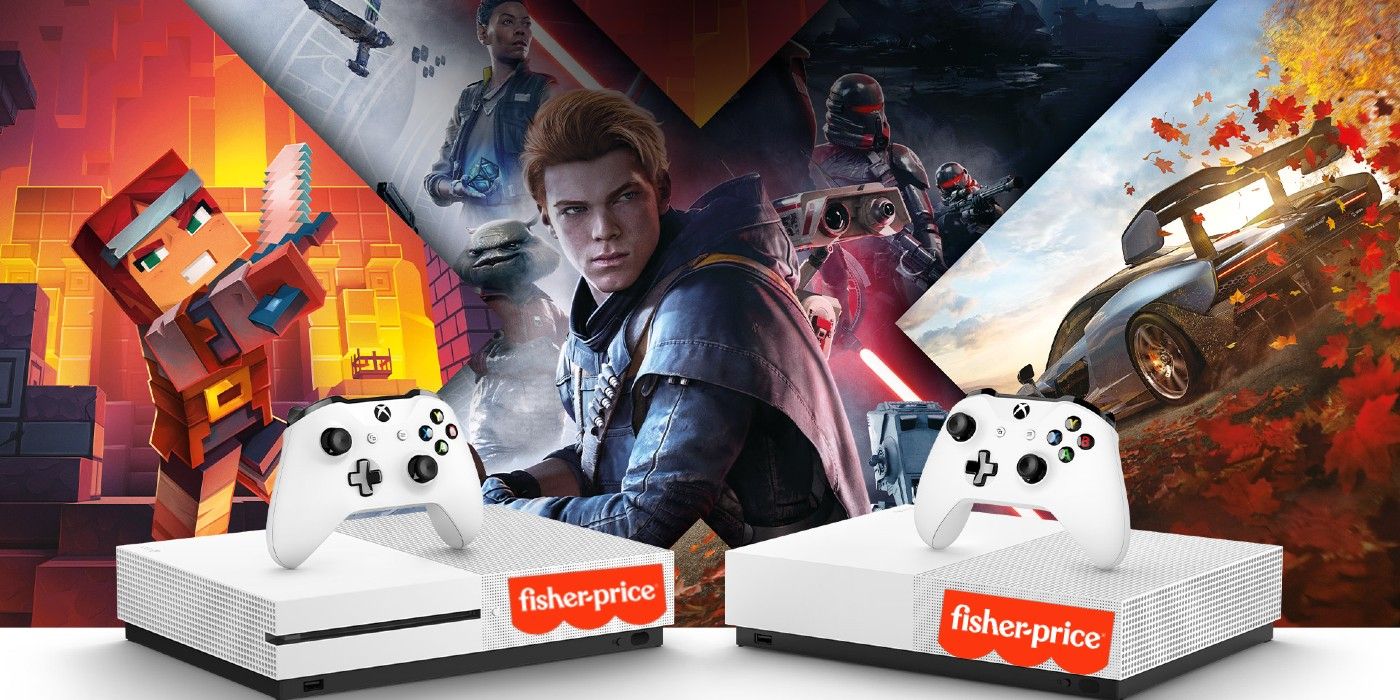 It’s not uncommon for gamers to modify their Xbox controllers, but nothing quite like this fan built from a Fisher-Price controller.

A skillful Xbox fan just built a fully functional Xbox One controller from a kid’s toy. It’s not uncommon for gamers to modify their controllers and Xbox even had a full design lab that allowed fans to customize the colors and style of their controller, but nothing quite like the one this fan built.

Modifying and repairing controllers and consoles is nothing new. Fans were able to purchase replacement parts like carbon fiber housings, swap out the joystick and d-pad, and even make the controller more ergonomic for a specific buyer’s hands. Different websites on the internet offer different options for fans to choose from in order to take their game to the next level. Some controllers released by Xbox are only available when buying a bundle or winning an exclusive sweepstakes, like this one Doctor Strange Multiverse of Madness Xbox and controllers, and fans hoping to get their hands on them, often miss out due to their exclusivity.

twitter user Rudeism noticed that a Fisher-Price toy controller was available for purchase, so he decided to see what he could do with it. After buying the toy on April 14, he set about building, and by April 30, he had it finished. The controller is now a fully functional Xbox One controller, and as a bonus, it sings a little song while in use. The controller is USB powered and, according to Rudeism, can do everything an actual Xbox controller can. Since there is only one joystick, he explained that the yellow slider button on the toy toggles back and forth so players can get both the left stick and the right stick. A demo hasn’t happened yet, but according to his tweet, it’s in the works soon.

it can do everything a standard controller can do, PLUS it still produces all the boring sounds it originally did

Other gamers compared the controller to uncomfortable fur sonic the hedgehog Xbox controllers, but this is definitely an upgrade. Xbox even joined in on the controller conversation, joking that the toy would sing the song at the most inopportune times. This isn’t the first time Rudeism has made a working controller out of a toy. Earlier this year he made a fully functional fortnite controller using a Nerf gun and a Forza controller using a drive wheel. These custom controllers are extremely impressive, and the mechanics behind how they work are also always interesting. Rudeism shares construction progress along with footage of how the wiring works for them to give viewers an idea of ​​how they all come together.

These custom controllers are really interesting to see, especially when they work as well as this one seems to. There have been plenty of nifty gamer-created controllers over the years, like this time-saving Nintendo Switch controller, but none quite like this one. Xbox A controller. Although Rudeism is not taking commissions, it looks like there will be more controllers in its works very soon.

Next: FIFA 22 and Battlefield 2042 Will Likely Come to Xbox Game Pass Soon

Bri grew up on a healthy diet of cartoons, video games, comics, music, and being geeky in general. She has freelanced for various websites and magazines since 2011 and has covered events such as San Diego Comic-Con and New York Comic-Con. Writing is one of her passions and Bri is very happy to be able to share her thoughts with others. She resides in the desert with her husband, two cats and a dog.