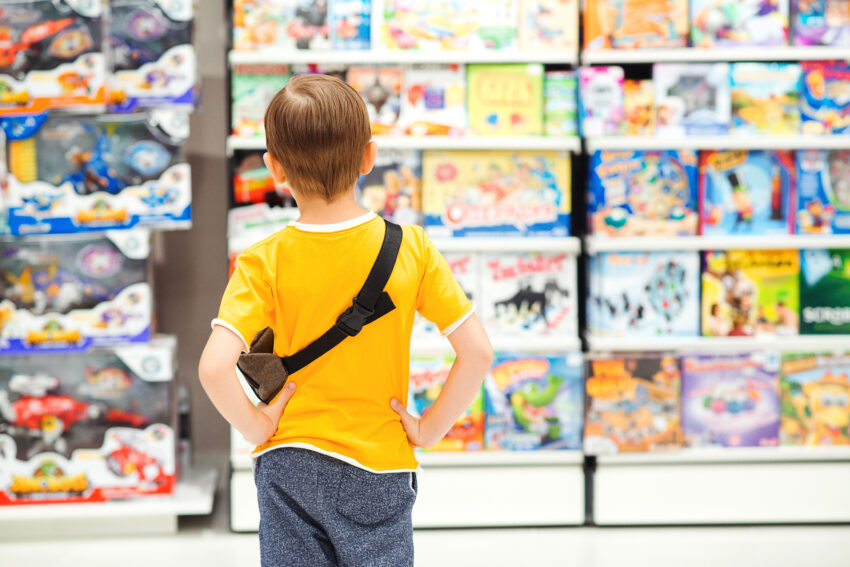 Suppliers have told the Edinburgh businessman that a shortage of lorry drivers, among other Brexit and Covid-related issues, is likely to have an impact.

He hopes he will have plenty of Christmas stock if he places orders now.

But business groups are calling for government action.

Lobby groups for the retail and transport industries have jointly written to UK Business Secretary Kwasi Kwarteng warning that the impact on supply chains is worsening.

They say a shortage of 90,000 HGV drivers is “putting increasingly unsustainable pressure on retailers and their supply chains”.

Mr Nairn, who has run Toys Galore at Morningside since 2005, said almost all of his suppliers had emailed warnings of stock shortages in the run-up to Christmas.

“At least half of them have raised the prices they charge us and although we’ll do our best to absorb it, there will invariably be price increases, I think, in the second half of the year,” he said. he declared.

Mr Nairn said they told him they were having trouble with the container ships because their prices had gone up “several times”.

“They also have issues with delivery drivers and other ripple effects of Covid and Brexit,” he added.

He predicted the shortages would be for toys from Asia because “the supply chain is that much longer”.

“We’re basically ordering as much stock as we can right now, so we have stuff to sell over Christmas,” he said.

“I anticipate that some things will be extremely rare, like Barbies for example.

“It is very difficult to determine exactly where the problem will be, but I think if we do the maximum now we should be in a reasonably good position before Christmas, that said, there will be shortages.

Similar issues are also affecting brewers and last week the Scottish Licensed Trade Association warned that some pubs in Scotland were on the verge of running out of beer due to distribution issues.

He said around 25,000 EU national lorry drivers had also left the UK since Brexit.

“That’s why we see strange gaps appearing [on shop shelves],” he added.

“There’s a bit of disruption but it’s important not to overdo it – there’s plenty of supply at the moment but it’s getting harder and harder all the time.

“We are raising concerns about it now before it becomes a huge issue.”

He said the industry wanted temporary work visas given to EU drivers to bridge the short-term gap.

They also want to see improvements in truck driver training support and better Covid testing facilities so drivers can be tested on a daily basis.

A UK Government spokesperson said: ‘We have recently announced a package of measures to help tackle the shortage of HGV drivers, including plans to streamline the process for new drivers to obtain their heavyweight and increase the number of tests that can be performed.

“We have also temporarily relaxed driving hours rules to allow HGV drivers to make slightly longer journeys, but these should only be used if necessary and should not compromise driver safety. “