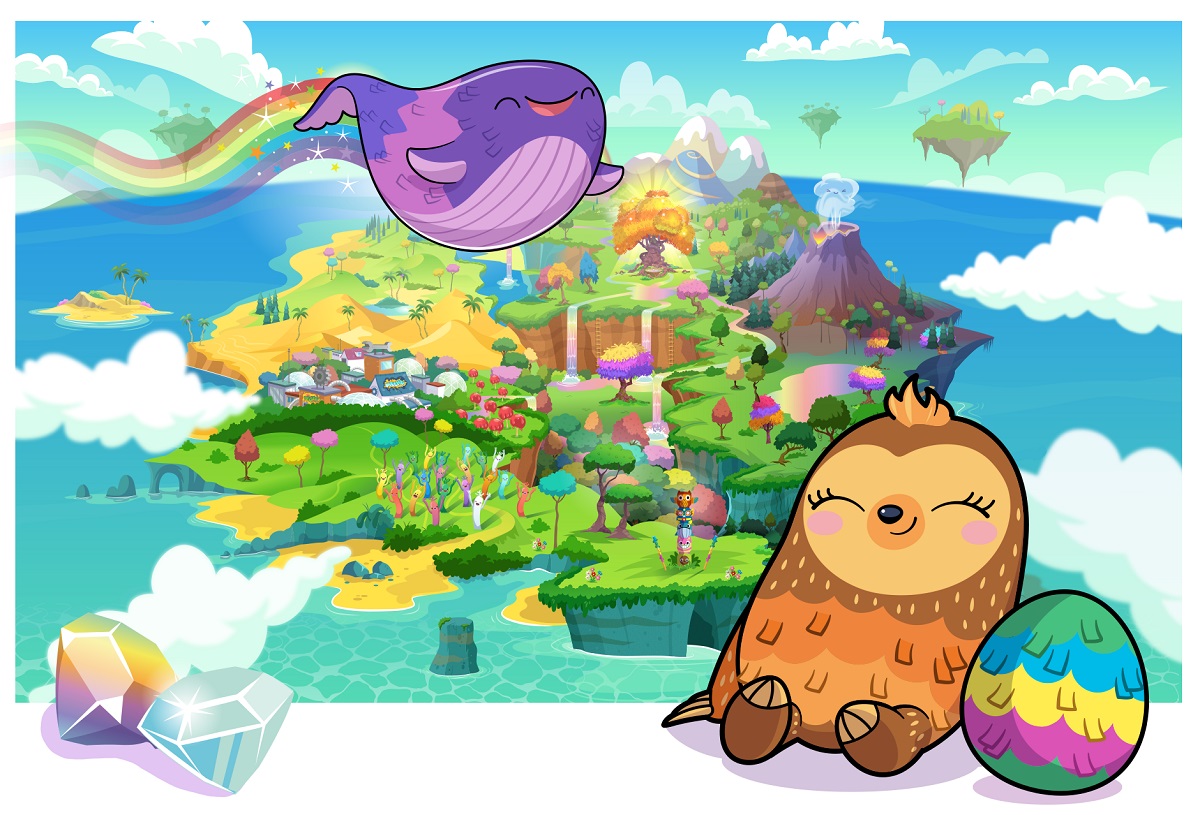 Interested in knowing what’s next for the gaming industry? Join gaming executives to discuss emerging parts of the industry in October at GamesBeat Summit Next. Register today.

Supersocial has announced that it has partnered with a toymaker Toikido to launch a Roblox world based on Toikido’s Piñata Smashlings toys.

The partnership introduces the first-ever line of toys to hit the market with an accompanying metaverse experience, said Yonatan Raz-Fridman, CEO of Supersocialin an interview with GamesBeat.

In 2023, entertainment company Toikido plans to release a new line of toys dubbed Piñata Smashlings. And it will have an accompanying world on the Roblox platform that will be developed by Columbus, Ohio-based Supersocial.

“We’ve partnered to build the game world on Roblox, and it’s going to launch alongside the toys and that’s a big part of what’s unique here,” Raz-Fridman said. “It’s never really been done before.”

The founders of Toikido, including CEO Darran Garnham, have a history in the entertainment industry. The company works with Skydance Animation, Netflix, Roblox, Topps, Innersloth, Boneloaf, and VaynderMedia. That’s why Supersocial partnered with them, Raz-Fridman said. Garnham said internet personality Gary Vaynerchuk has invested in Toikido and is helping the company.

“We have merchandise rights for some big games, including Among Us,” Garnham said. “This will be our first IP launch. As a father of three, it will be nice to earn money from the platform that I have invested so much in as a father.

Roblox indeed has a lock on kids and many other people, as it has 52 million daily active players. In targeting this audience, Toikido and Supersocial consider what they are building to be metaverse first IP.

Launching the toy line concurrently with the Roblox gaming world aims to provide consumers with a holistic experience accessible both physically and virtually, as an immersive and hypersocial way to interact with the new IP.

“The Roblox gaming world is the epicenter of new IP,” Raz-Fridman said.

The game has a seven-figure development budget.

“We’re talking about a large, persistent virtual world that will be built with the ambition to build Nintendo quality into the gaming experience within the Roblox platform,” Raz-Fridman said.

Of course, the strategy is risky. Activision and Disney have both tried to combine games and toys with the Skylanders and Disney Infinity projects. They did well at first, but they lost their luster and businesses got stuck with unsold inventory which ultimately brought the business down.

The Piñata Smashlings line of toys will bring the Piñataverse world to life in plush, collectibles, and playsets. The toys will begin hitting the market in mid-2023. Launching with a Roblox game to complement the physical experience of the toys is part of the strategy to not only build a stronger connection with fans, but also allow fans of the toys to connect and socialize with each other. through online gaming.

“Our Roblox game is a fundamental part of our content planning,” Garnham said. “The way Roblox connects with fans is amazing, as a father of three I have seen the positive nature of how kids interact with the platform and their friends.”

For partner company Supersocial, one of the main developers and publishers of the Roblox platform, Piñata Smashlings should be one of the most ambitious projects to date.

“The opportunity to create an immersive virtual world with such a strong connection to a real-world product shows us the true potential of the metaverse,” Raz-Fridman said. “As a child, imagine being able to have a physical toy, but also meet friends to socialize and play in a game world created for that toy – or conversely, collect physical toys from a game that you and As metaverse platforms evolve to play a bigger role in people’s lives, we’ll start to see more and more crossovers like this.

Toikido has enjoyed huge global success with its Among Us partnership, with toys based on the game’s IP sold in over 70 countries. This next step illustrates the company’s ambition to offer consumers a differentiated, multi-touch experience with its products, Garnham said.

The Roblox Experience has already been in development for a few months at Supersocial and is expected to launch alongside the toys release in mid-2023. Toikido has about eight employees.

Supersocial raised $5.2 million in September 2021 to make games for the Roblox platform. Supersocial has about 20 people.

Supersocial has been making Roblox games for two years. He made his debut with Ghostopia, a scary game. And then it created NARS Color Quest, a brand partnership project. Raz-Fridman said one has been going well for the past few months.

Community engagement is one of the main goals of brands. The same goes for brand awareness and positioning. With Toikido, Supersocial is working to build a standalone brand from the ground up alongside the toy company. It’s going to be a persistent world and the hope is that it monetizes well through things like toy sales. Supersocial gets to share any economic benefit.

“We view this as a multi-year endeavor, much like some of the most successful games on the Roblox platform today,” Raz-Fridman said. “There’s definitely a distinction between how Toikido and Supersocial approached this project versus how we approached different brand worlds where the ambition was different.”

The Toikido team has worked closely with internet personality Gary Vaynerchuk in the past. And Garnham said Toikido hopes Vaynerchuk and his friends will be an asset in bringing attention to Toikido toys and the online experience.

“We’ve really brought this community together and we’re working with some great social media talent on TikTok and Twitch,” Garnham said. “When we launch, we will have a network of several hundred million followers across different platforms that we can get to support us when the game launches.”

Raz-Fridman said the partnership won’t be aggressive on monetization early on because it’s a strategic investment that the two companies make over a longer period of time.

“We’re super aligned on what we do, why we do it, and how we’d like to grow ownership and community on the platform and beyond,” Raz-Fridman said. “I think we’re also starting to see the evolution and maturity of Roblox, where some serious investment is coming into the platform.”

The GamesBeat creed when covering the video game industry is “where passion meets business”. What does it mean? We want to tell you how much the news means to you, not only as a decision maker in a game studio, but also as a game fan. Whether you read our articles, listen to our podcasts, or watch our videos, GamesBeat will help you learn about and engage with the industry. Discover our Briefings.