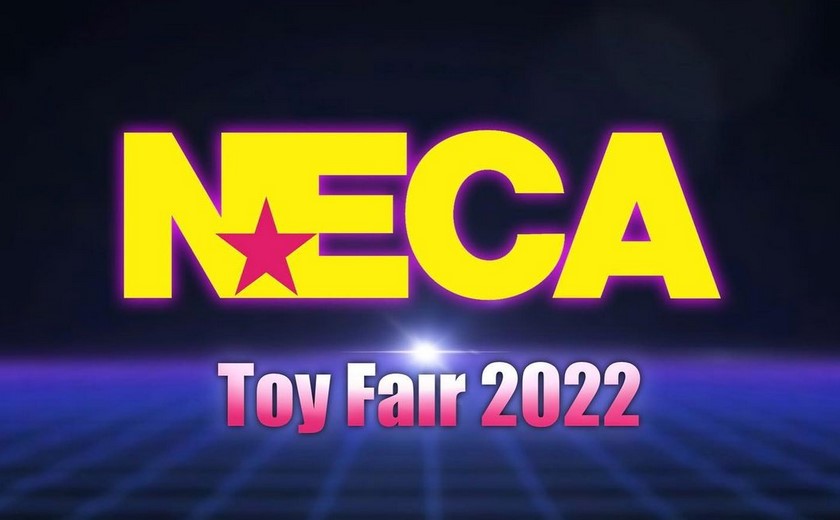 For the second year in a row, the Toy Association has canceled the New York Toy Fair due to concerns over the global pandemic. But the NECA team ensured that their fans and the entire horror community still satisfied their annual bloodlust. With their virtual NECA Toy Fair 2022, emanating from their social media accounts hourly over Presidents Day weekend, the new license and number reveals came fast and furiously.

Here are horror-themed highlights from the folks at NECA, giving collectors and horror fans alike much to look forward to in the next 12 months.

I don’t know in what form or what line it will come, but damn it, we NEED one Krampus room! This Krampus figure will be the gory gift that will keep on giving all year (or at least until Halloween)……

The Toony Terrors line will see two impressive debuts in 2022! the Halloween III: Season of the Witch The 3-pack has the pint-sized punks in doomed Halloween masks in their first form outside of a straight action figure. Fun for the whole family !

Another license that isn’t (yet) getting the love it should is An American Werewolf in London, but NECA seeks to change all that. This upcoming 2-pack features David in his full werewolf form, as well as Jack’s former best friend, reluctant victim, and current zombie vision. Watch out for the moon, friends. 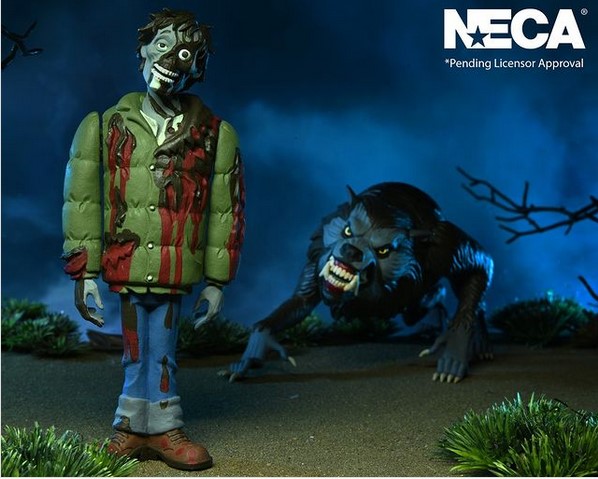 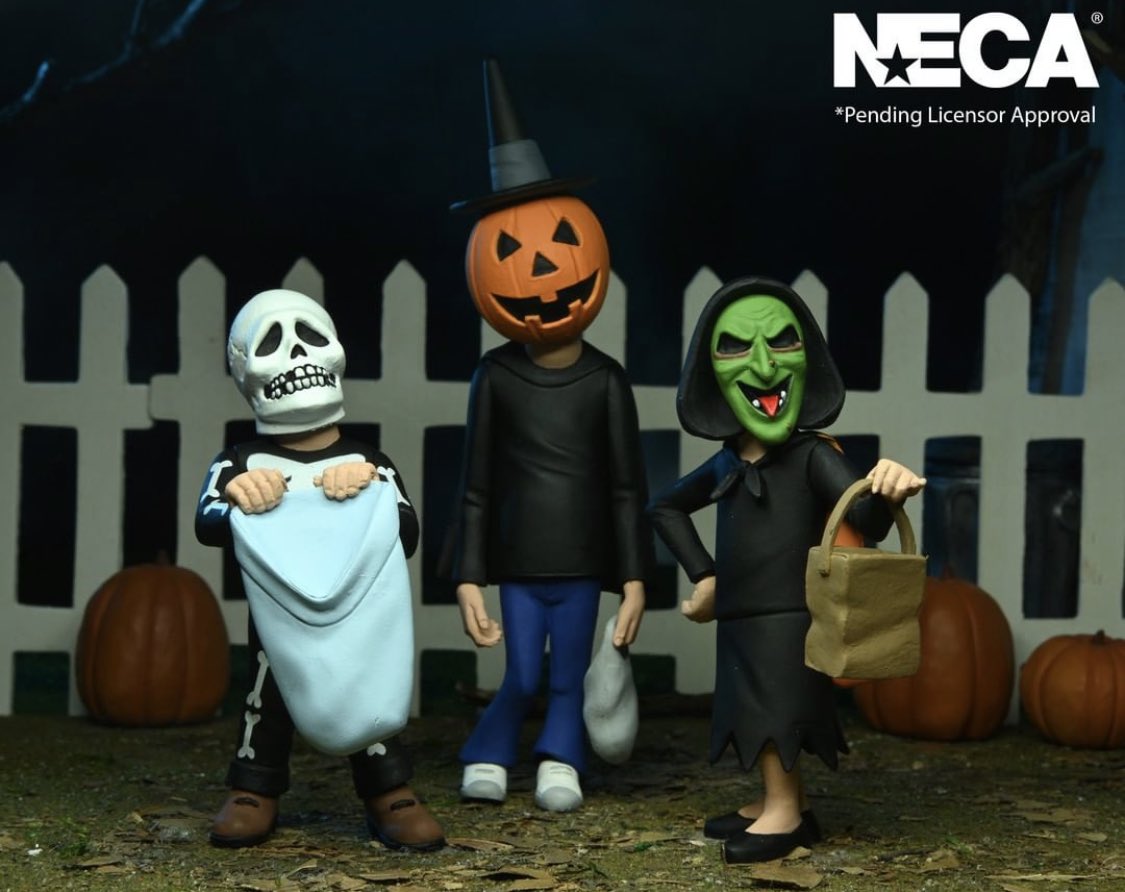 Predator fans will have a few new figures to hunt for in 2022. The massive Stone Heart from the 2005 Concrete Jungle video game stands over 10 inches tall with LED lights and over 30 points of articulation. And the Lost Tribe Shaman Predator is ready to interpret your dreams while simultaneously haunting them. Look for both on store shelves in the fall! 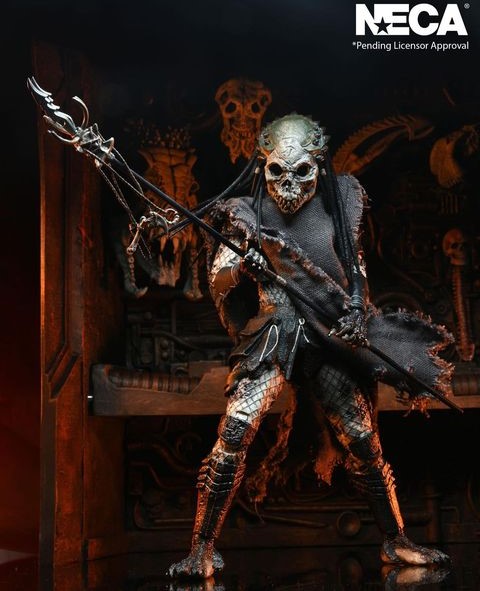 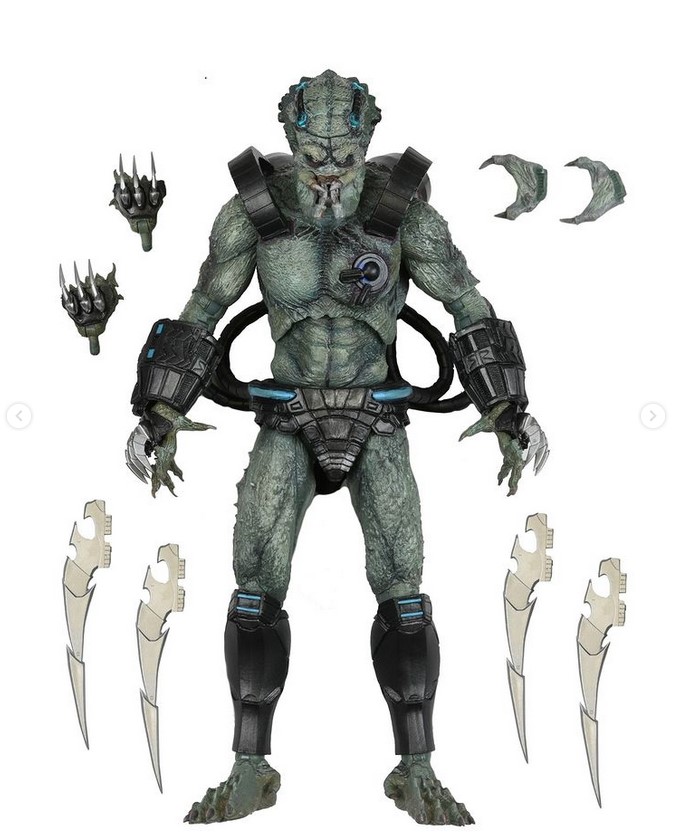 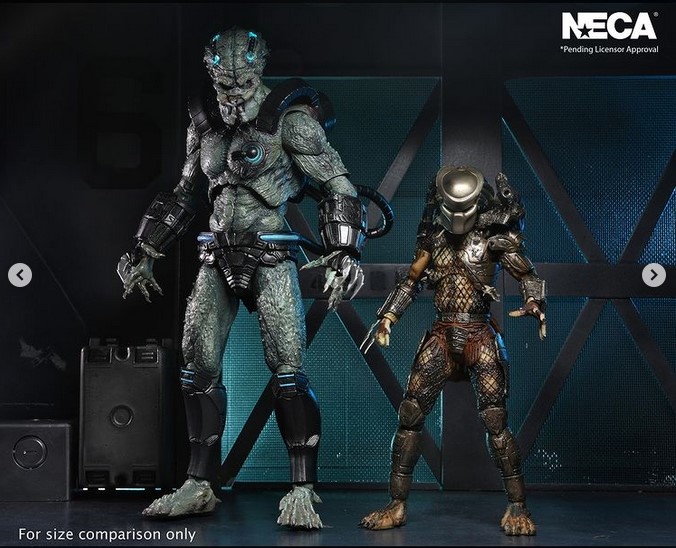 As reported Sunday by HNN’s Thomas Tuna, John Carpenter’s classic The thing will get another NECA release, following on from last year’s ultimate RJ MacReady Outpost 7-inch figure. Here comes the “dog creature”, with multiple shapes that change shape to keep you guessing! 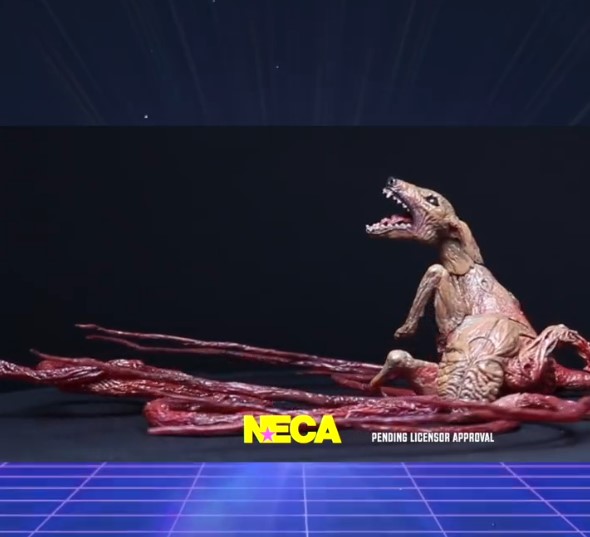 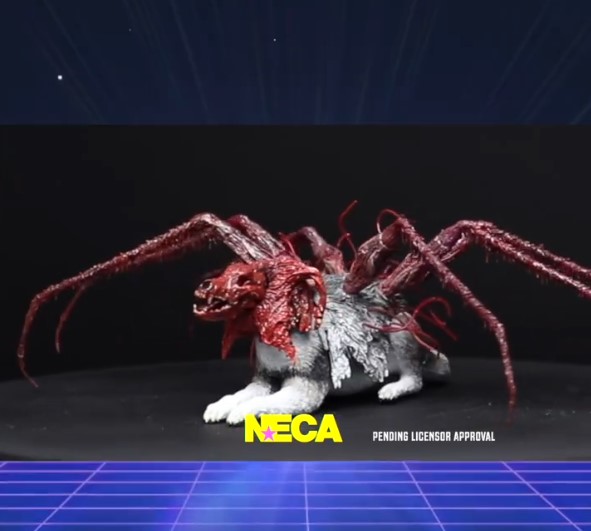 Back at NY Toy Fair 2020, NECA proudly showcased their huge Gremlins movie set with dozens of dressed up and interacting creatures with even more accessories. In August of this year, their first accessory pack (complete with 2 Gizmo mini figures) will hit the shelves of stores and online retailers for fig photography perfection. 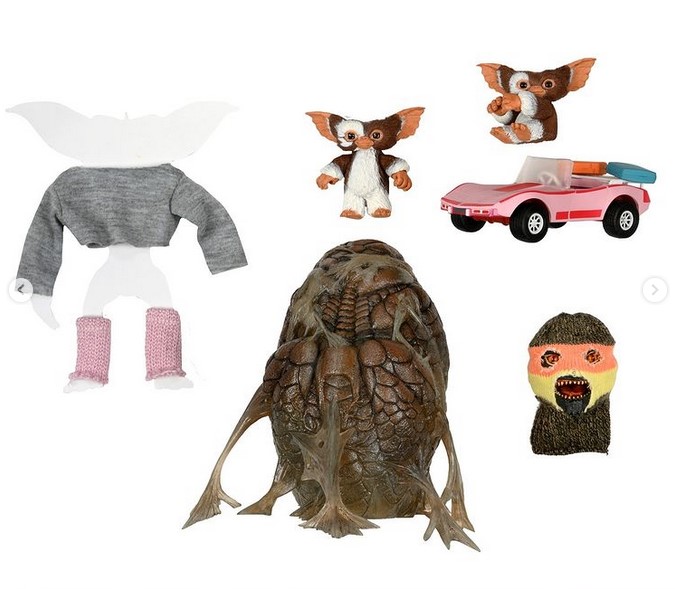 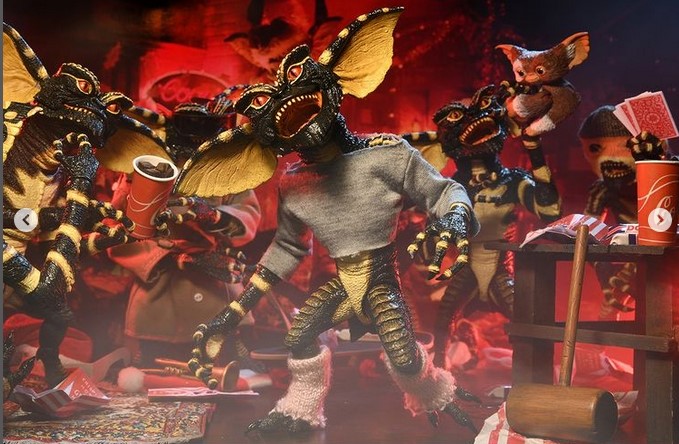 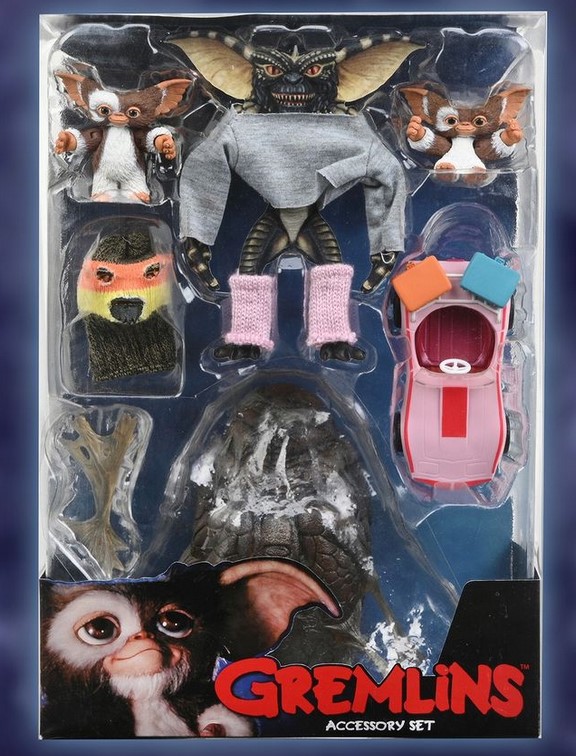 Finally, in one of the coolest cross-promotions among NECA’s licensing stable, these green threats are getting a spooky makeover! the Teenage Mutant Ninja Turtles The line was hugely successful for NECA, but while collectors and kids alike gravitated to the turtles, the horror crowd stayed away. Well, that all changes in 2022, as heroes in a half shell will be given identities from the Universal Monsters line. The first is Michelangelo as The Mummy, complete with an assortment of weapons and accessories. It looks incredibly cool and, more importantly, incredibly collectible. This line will be a hot seller at Target and everywhere else, so pick them up whenever you can. While the TMNT crossover with The Karate Kid/Cobra Kai received a lukewarm response, it won’t be happening here. Turtle/monster power! 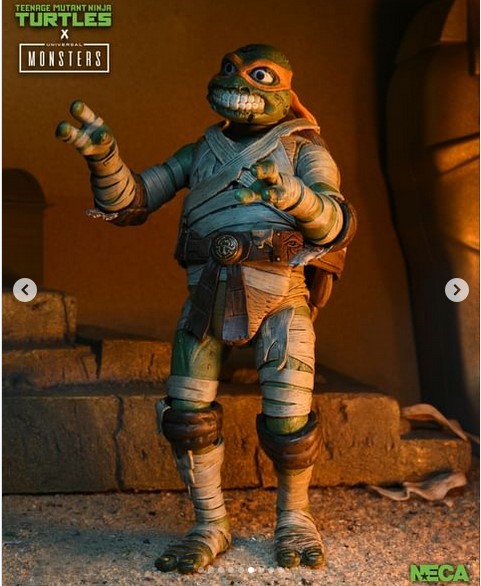 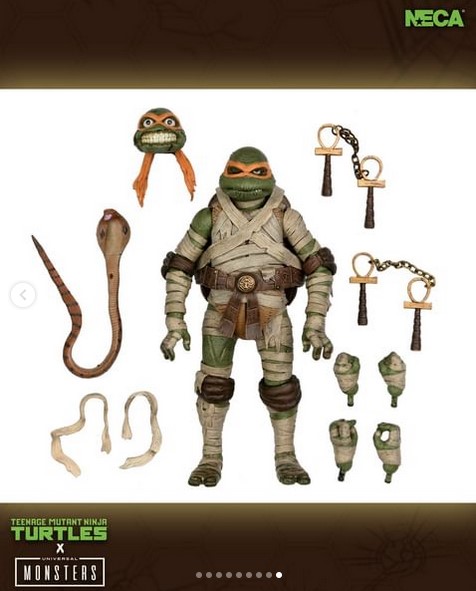 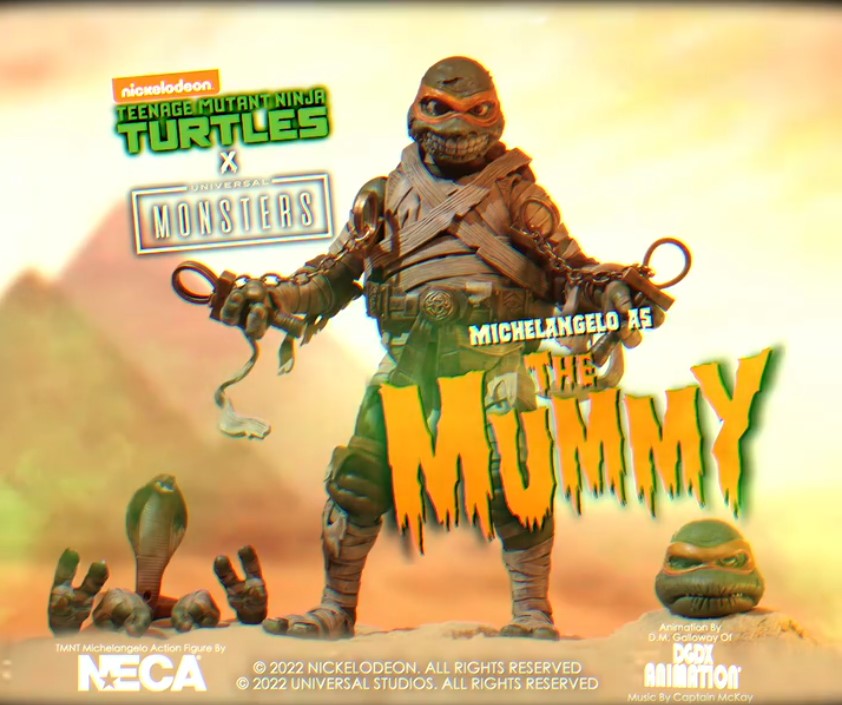 2022-02-22
Previous Post: Toy Story 2 Almost Never Happened By A Mother On A Rug
Next Post: The Best Dinosaur Robot Toy