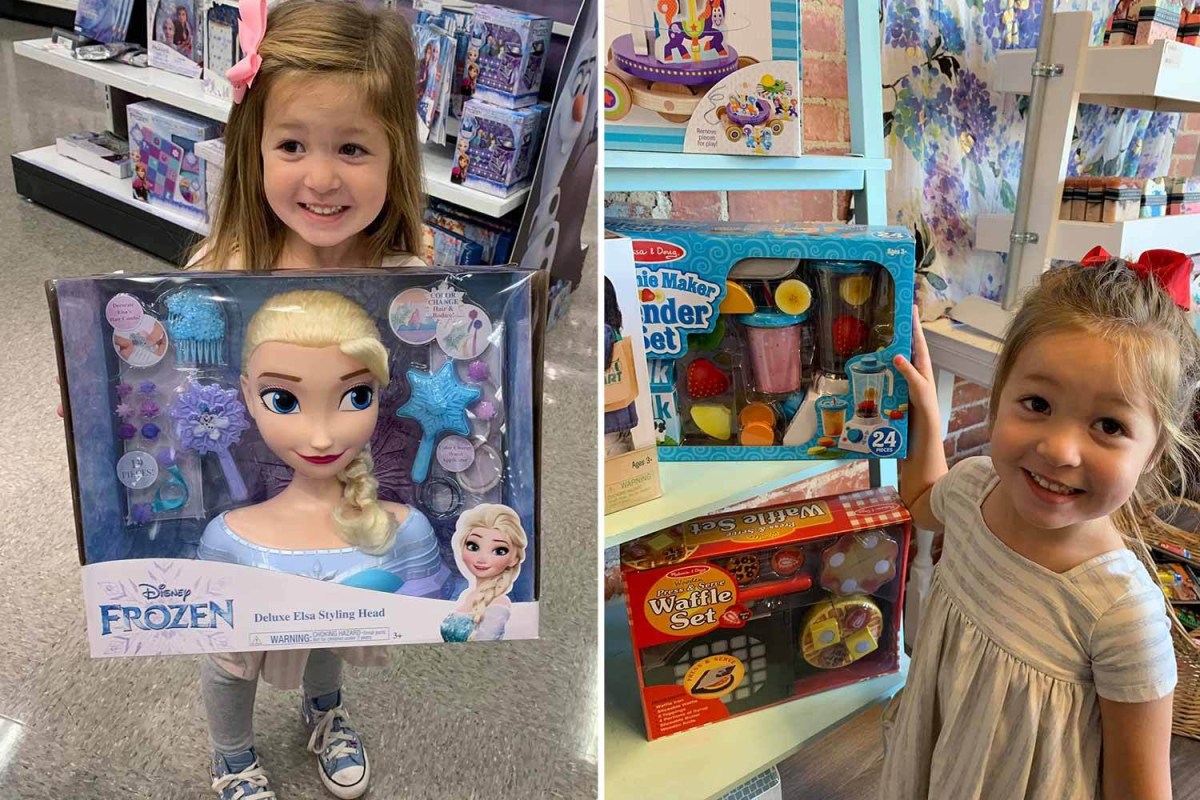 A mum has revealed her ‘brilliant’ trick to stopping temper tantrums in their tracks at a toy store.

Kristina Watts of Belfair, Washington, had endured several “painful” trips to toy stores with her daughter Emmie breaking down in tears when her mother denied her a new game.

But Kristina claims she found a way to stop the tears and says all you have to do is take a picture.

Posting on Facebook, she said: ‘Our trips to the store were much more strenuous this time of year. The toys came out with a bang…and of course, my kids want it all.

“Obviously, I would love to have sweet, well-behaved, non-greedy, cool kids who don’t ask for everything…but I don’t.

“So drop your judgment Karen, and stop reading if you have kids like this.

“Now…if you have kids like mine…who want the amazing, shiny things that fill up Target, the grocery store, Office Depot, the gas station, and just about everywhere you go this time of year. the year is for you,” Kristina added.

The mom then explains her hack: “Take a picture. It’s so simple. Pause for a second, comment on the thing they’re pointing at, and say, “Let’s take a picture with it and send it to Santa so he knows you want it!”

“Like magic, Emmie smiles, says cheese, asks to see the picture, then SET THE TOY DOWN AND WALKS AWAY. It’s magic. No tears. No tantrums (by either of us) And she forgets them all in a few minutes.

“Maybe you’ve been doing this for ages and haven’t selfishly shared this tip with me…or maybe you’re like me and this is about to turn your world upside down. For real , give it a try folks,” Kristina urges.

Mums were quickly impressed by the hack, with one adding: ‘It couldn’t have happened a moment sooner because I was about to lose my mind in the shops.

“I love this idea. How excited will they be when they open it thinking it’s from Santa Claus,” exclaims another.

“That’s genius! Girls love pictures too, so it serves as a distraction and I never have to buy the outrageous toy!” adds one more.

This article originally appeared on Kidspot and has been republished with permission.

In other parenting news, this dad serves caviar and wagyu hot dogs to his teenage daughters before school and absolutely gets roasted.

And this dad built a playhouse under the stairs for his daughter’s birthday, and it only cost him £130.

Additionally, these are the baby names of 2020 that are expected to make the most money, including Billie, Logan, and Jude.