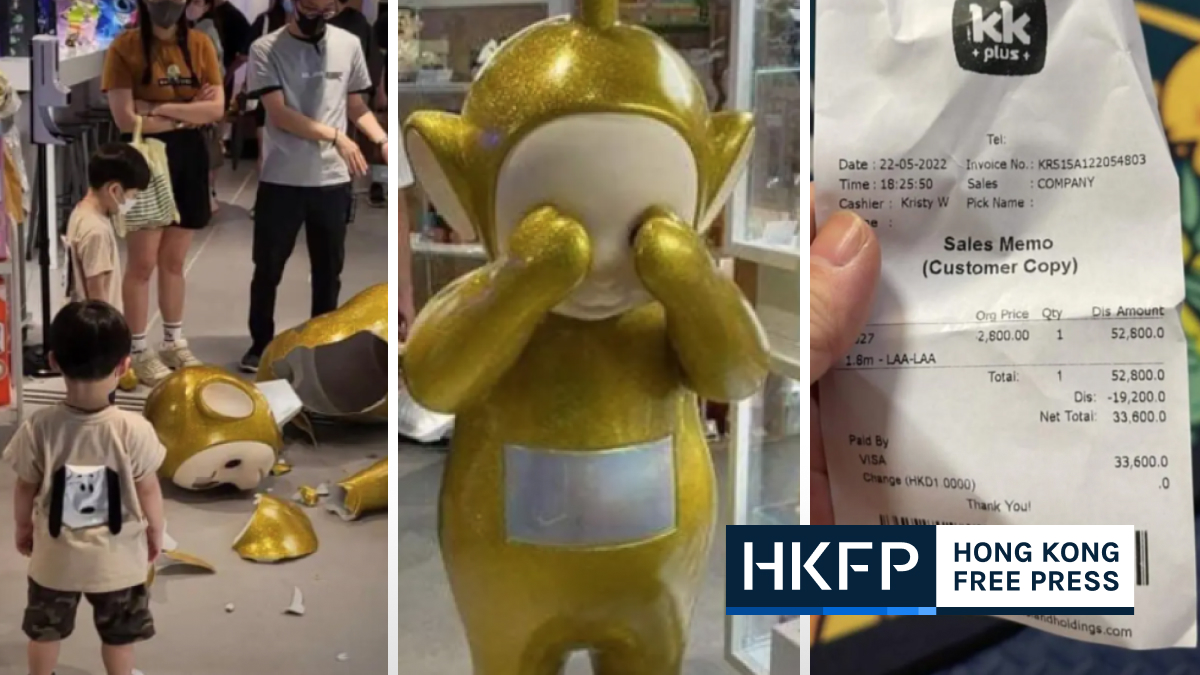 A Hong Kong father who paid HK$33,600 ($4,255) for a 1.8 meter tall golden Tellytubby figurine after his son was accused of breaking it has been reimbursed in full.

A spokesperson for mainland China-based toy retailer Kidsland International Holdings Limited apologized on Tuesday for the inconvenience caused to the family. He added that he had returned the money, local media reported.

The family shelled out the sum at KKPlus – a Kidsland-owned toy store in Mong Kok’s Langham Place shopping center – on Sunday evening when their five-year-old son leaned lightly against the large toy in the crowded store. The incident was captured in a video that has gone viral.

Mr. Cheng, the father, told commercial radio on Tuesday morning that he had just stepped outside to take a phone call when he heard a loud bang behind him. He turned to see his son staring at a 6-foot-long golden Teletubbies toy that had fallen, with its head severed and a broken arm, he said.

Staff said the child had previously been seen kicking the doll, Cheng told Commercial Radio. Believing it was his son’s fault, he agreed to pay for the doll, which sold for HK$52,800. A trader from KKPlus told him that the store would charge him the cost price of $33,600 instead.

The incident sparked a huge debate on social media, with people accusing KKPlus of defrauding the father and questioning why he hadn’t locked up the doll to prevent people from getting near it. Others said the parents should have watched their son more closely.

KKPlus released a statement on its Facebook page on Tuesday, explaining that the doll had been in the same location since last November and “had not caused any inconvenience to customers”. He added that the company would “learn from this experience to prevent similar incidents from happening again.”

The statement was deleted before 11 a.m.

In an interview with HK01 on Tuesday, the manager of KKPlus admitted that the store did not take enough precautions. He said the store had removed all toys over a meter tall and would conduct a review.