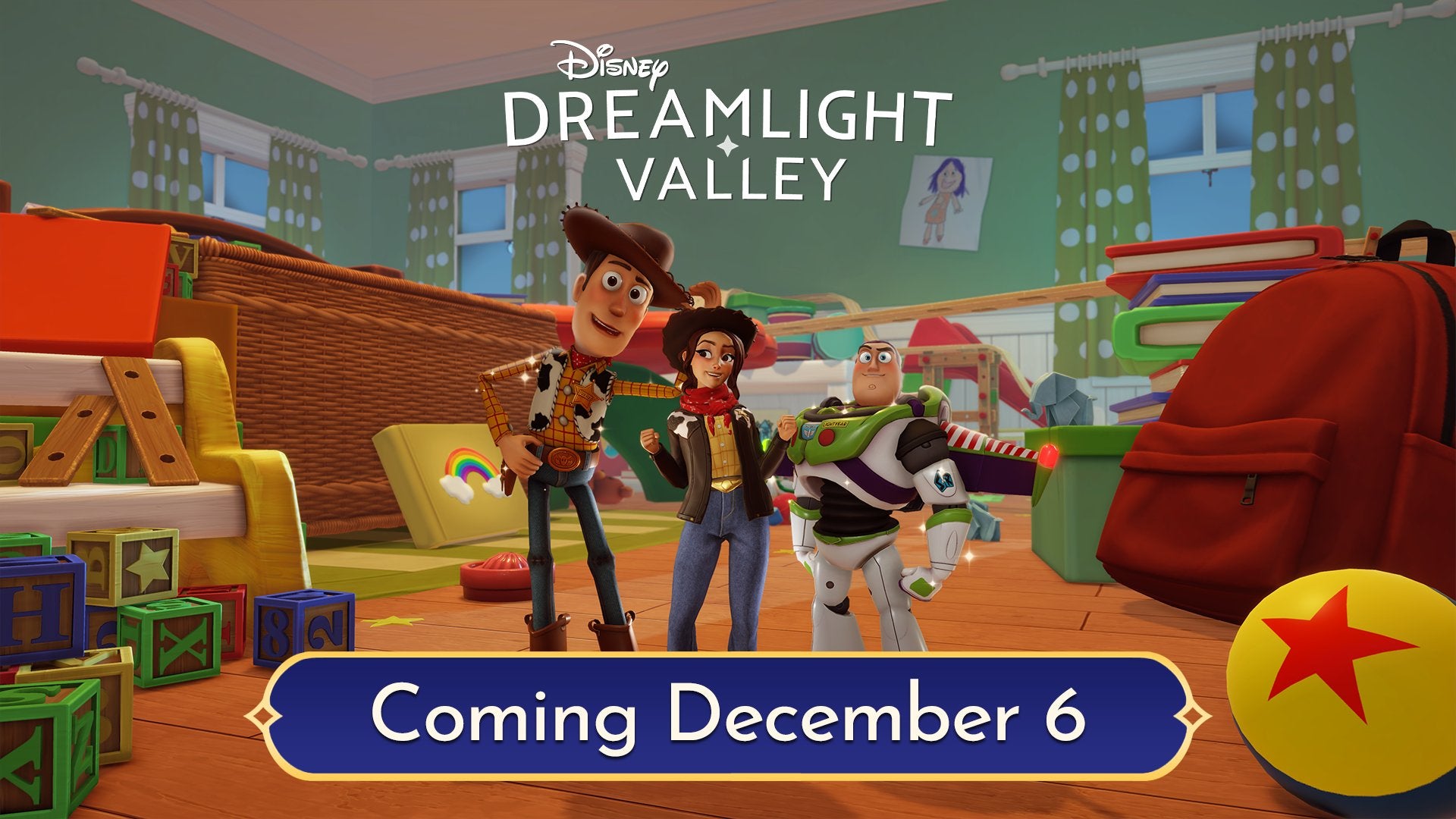 Disney Valley of Dreams has been in early access for a short time now, but has brought together a dozen players with its relaxing simulation gameplay and fan-favorite characters. I’ve spent my fair share of time addicted to it, and now it’s a matter of time before I return so I can see what the brand new characters are up to.

As for new characters, Disney Dreamlight Valley has now announced its second major content update, and that’s coming alongside it. During the game’s first major update, we saw Scar, the antagonist of The Lion King, invited into Dreamlight Valley. While this wicked lion definitely not everyone’s favoriteI suspect the last new characters will be.

Dreamlight Valley’s second major content update joins forces with Toy Story and introduces an all-new kingdom to explore in Andy’s bedroom. From the announcement Twitterit’s safe to say that Woody and Buzz Lightyear will soon take up residence in player cities.

Happy birthday to @Disney and @Pixarit is @toystory! Get ready to shrink for your next big adventure with Buzz Lightyear and Woody on December 6th when the second Disney Dreamlight Valley update launches on all platforms.✨ pic.twitter.com/mg9Bc2YJbF


It looks like a handful of Toy Story-themed cosmetics will also be arriving. Like previous cosmetic content added to the game, it wouldn’t surprise me if this gear was part of Disney’s Dreamlight Valley Star Path. So be sure to complete your Dreamlight homework and rack up those tokens if you like Toy Story cosmetics as well.

This content update will arrive for Disney Dreamlight Valley on December 6 on all platforms; PC, Xbox One, Xbox Series X/S, PS4, PS5 and Nintendo Switch. Do you plan to jump into Dreamlight Valley when Buzz and Woody arrive, or did you never really leave?

For more on Disney’s Dreamlight Valley, check out our list of the best recipes in the gameas good as how to make extra bubbly root beerif you haven’t jumped into Scar’s quests yet.